Skip to content
HomeTechnologyCBD In 2020: Progress, Developments And Predictions

The cannabidiol (CBD) market has made dramatic progress in recent years. But we have only scratched the surface of a new, exciting industry that is evolving dramatically on a yearly basis. What developments should we expect to see as we head into the 2020s? Below are three areas we think CBD will see forward momentum over the course of the coming year: legality, research, and sales. While the substance is legal federally, individual state governments are working through hundreds of proposed bills to effectively regulate it for their own constituencies. Expect much of the legislation that deregulates CBD to become law. Additionally, we can anticipate more research on the medical benefits of CBD as its use becomes more popular in the face of less strenuous regulation. As its benefits are proven, many predict that this extremely high dollar market will soar to even greater heights as more companies seek to cash in on this new frontier. 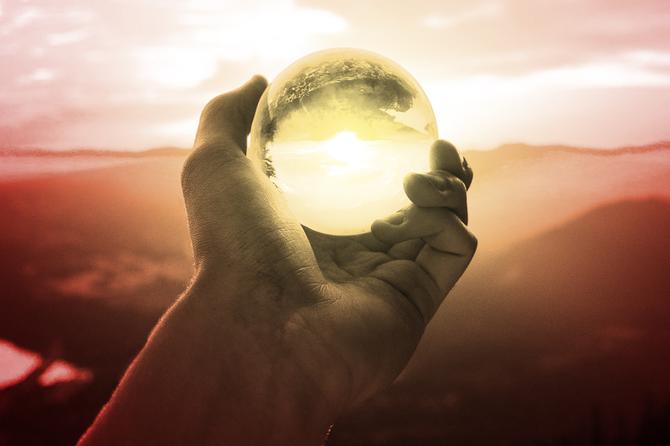 In December 2018, the United States federal government legalized CBD, lighting a match under an explosive market brimming with new products and opportunities. Since then, various states have ramped up their attention to cannabis-related bills, with hundreds of them queued up for state legislatures and Congress to consider throughout 2020. Throughout the year, expect to see increased regulatory activity at the state level. Many of these are proposals for various governments to adopt similar best practice policies found in other states. Much of the legislation revolves around the use of medical marijuana, but there is certainly a broader conversation taking place about generic CBD products as well. Action like this will hopefully make a more uniform, synergistic CBD market that stretches from coast to coast.

We can also expect to see legalization of cannabis-related products outside of the United States, as other countries race to take the lead in a burgeoning global market, and to help support the exploding US market. Countries such as Colombia and Portugal, who were among the first to legalize cannabis-related products on a national scale, are continuing to push for global dominance, attracting resources from around the globe which will only help fuel their momentum. Throughout 2020, foreign countries will begin competing more with each other, and making attempts to hone in on the US market with new, exotic products.

Humans have been cultivating the cannabis plant for nearly 12,000 years. Siberians in 3000 BC buried their nobles with it. Chinese farmers began selling it to Korea in 2000 BC. Vikings used it to reduce pain during childbirth. In all that time, and up until recently, it seems no one was very concerned about researching the specific side-effects of cannabis, let alone break down its core ingredients to learn more about the plant. It wasn’t until the middle of the 20th century that research on different components within the cannabis plant began to intensify. Even as we went into the 1990s and early 2000s, CBD was regarded as little more than a weed-related obscurity to be peddled by the current generation of snake oil salesmen.

Since the substance gained federal legal status however, agencies such as the FDA and the National Institute of Health have heavily invested in educating consumers and driving new research into the specific pros and cons of CBD. In fact, the NIH issued $3 million in grants in 2019 to those interested in studying up on the pain-relieving properties of CBD, and it is expected that more grant money will be released as the market value and public demand of CBD continues to pick up steam.

While the public interest in CBD seems to far outweigh the scientific interest, expect research to intensify in the coming year. As momentum builds, we will see very specific benefits (and potential health risks) of CBD come to light as the private sector leans on the scientific community to help earn the trust and approval of the federal government. This is the safest strategy for large companies and other interested parties who intend to take the CBD industry to a whole new level.

As Billy Idol once said: “More, more, more!” And if there is one safe bet to make on the CBD industry in 2020, it’s that more people will buy it, more people will sell it, and it will find its way into more products. Sales of CBD products have increased exponentially in the past two years. From $500 million in 2018, to $18 billion today, we are witnessing consistent, explosive growth that is projected to blow past the $20 billion mark by 2022. But at this rate, perhaps we’ll be closer to that figure some time this year. What are some factors driving this kind of momentum?

Fewer regulations and increased research have played major roles in opening up access to millions of Americans. Additionally, with the increased awareness of CBD the stigma of using it has decreased. This has led to CBD being used by many demographics, as well as new companies discovering interesting, helpful applications besides reducing anxiety. There are now CBD skin care products, bug bite ointments, topical products, teas, and many other unique products companies are testing the market with. Restaurants are infusing smoothies, pizza, cupcakes, candy, and other tasty treats with CBD. The sports world is also starting to embrace CBD use, as it is becoming a popular item for athletes.

Consumers continue to seek out alternative forms of healthcare and shy away from big pharma, further expanding the CBD market. As its benefits continue to be extolled by current users of CBD products, there is no doubt that others seeking a relief from insomnia, stress, arthritis, cancer treatment, epilepsy, PTSD, other ailments will certainly begin exploring ways to use it. Expect to see more CBD dispensaries popping up, and also expect the product to find its way into national chains, smoke shops, and drug stores as many companies will no doubt look for an opportunity to cash in on this ever-growing industry.  As this happens, consumers should remain discriminating in their CBD suppliers: buy only from quality CBD specialists, with readily available third party lab results for their products.

While we cannot exactly say where the CBD industry is headed, we have plenty of solid evidence that indicates the future is looking up for those who are pioneering this exciting new industry. Both the private and public sectors have been busy laying the groundwork for an industry that many expect to increase the quality of life for millions of Americans. And as this fledgling industry continues to refine itself through competition and regulation, we will no doubt see continuous improvements in quality of product, ease of access, and increased usage for CBD in 2020 and into the foreseeable future.